Not to be missed:

The Basilica of San Michele 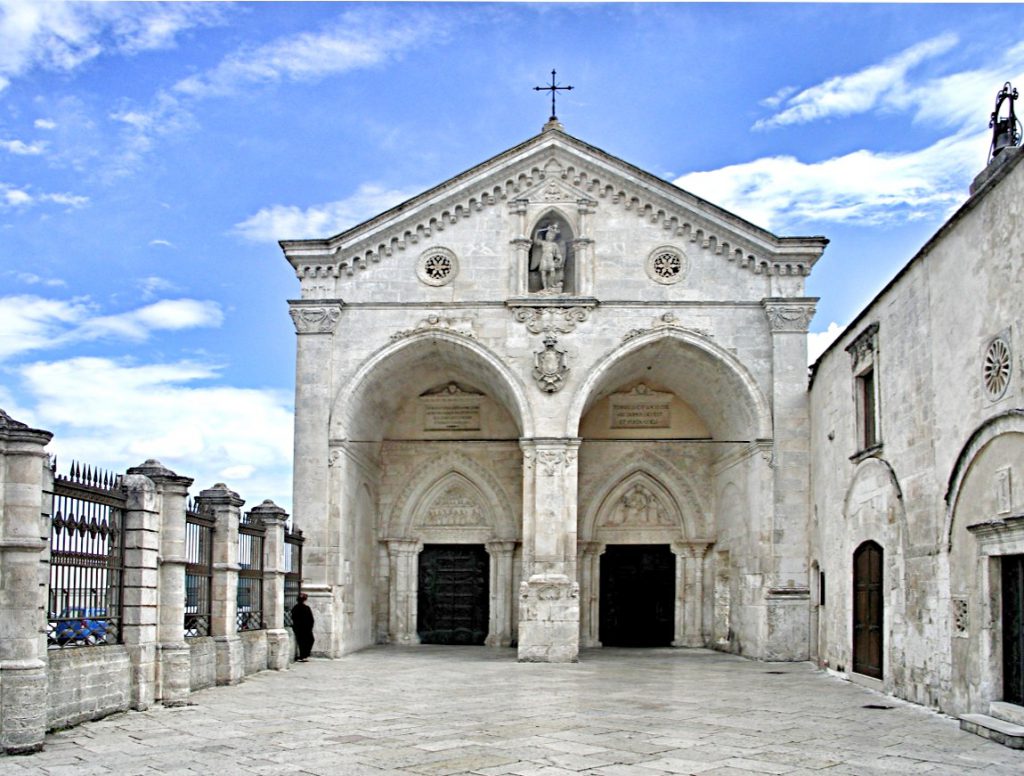 The entrance to the Basilica of San Michele, a UNESCO heritage site

Millions of pilgrims have visited the Basilica over the centuries.
On the walls of the cave there are imprints, drawings, signatures in modern and ancient languages ​​to witness.
In the oldest part of the cave were found signs in the runic language (le Rune), dating back more than 1500 years.
Is possible to admire the most ancient and fascinating part visiting the lapidary museum at a cost of 5 euros.
Many kings, Popes and illustrious figures have passed through this cave, including Pope John Paul II in 1987.

The Rione Junno is the oldest and most characteristic district of Monte Sant’Angelo.
The small and white houses of the “Rione” seem to be part of a crib.
In these small houses lived families of 10 people in spaces of less than 30 square meters.
Most of the time people shared the same bed with animals like horses and donkeys. 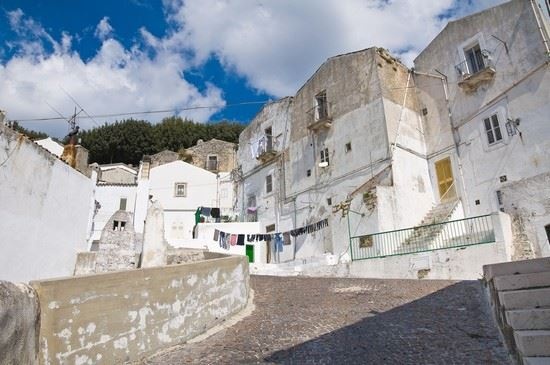 Lose yourself in the alleys of this original district, among breathtaking views and scents of the past is a unique experience.
During your visit to the Rione Junno, do not forget to visit the Complex of San Pietro (Church of Santa Maria Maggiore and Tomba di Rotari) and the Tancredi META Museum.
META is a free museum that will tell you about the arts and traditions of Monte Sant’Angelo and Gargano.

– Visit the Norman – Swabian – Angevin – Aragonese castle (it is not a joke, it has really four different styles);

– Enjoy the panorama of the Gulf of Manfredonia from the “Belvedere”;

– Do not miss the visit to the abbey of Santa Maria di Pulsano and the valley of the hermitages 9 km from Monte Sant’Angelo (click here);

– Taste the typical products: from the famous Bread of Monte Sant’Angelo, to the Caciocavallo Podolico, to the most disparate desserts including Ostie Ripiene, the cartellate, the poperato and the calzoncelli;

– If you are still not satisfied, you can end the day by eating a mega panzerotto (obviously fried) at “Sixty-Seven”;

– The tours that we offer have the pick-up service from Monte Sant’Angelo (click here for more information);

1 The Basilica of San Michele, a UNESCO heritage;

2 The Angioina stairway, 86 steps to the cave of San Michele;

3 The cave of San Michele Arcangelo,

6 The “Rione Junno”, another perspective;

9 Panoramic view from the Belvedere;

The TOP of the Gargano

Choose the accomodation we selected for you 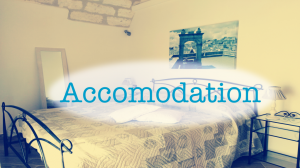 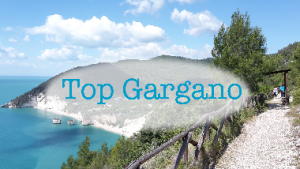 We use cookies to ensure the best browsing experience for you. If you continue to use this site we will assume you are happy with it. For further details please see our PRIVACY POLICY
Accept